Share a memory
Obituary & Services
Tribute Wall
Read more about the life story of Ruth and share your memory.

Ruth Marie Lloyd, "Ruthie", of Gainesville, VA, was born on June 4, 1949, to the late Deacon James Frederick Peterson, I and Lee Vallie Peterson.  She is the sixth of eight children from that union.  God called His angel home on January 14, 2023.

Ruthie was educated in the Fauquier County Public School System and graduated from William C. Taylor High School in Warrenton, VA. She was baptized at Mt. Pleasant Baptist Church, Gainesville, VA. at an early age and has remained a member of Mt. Pleasant until her death.

Ruthie was a member of the Senior Choir, the Young’s Mass Choir and The Gospel Chorus. She also held a position as Trustee.

Ruthie was employed by the Dept. of Commerce: Patent and Trademark Office and retired after 39 years of service.

Ruthie enjoyed singing with her family, "The Peterson Family". She was very close to her family, and whenever the family got together, the day never ended without singing God’s praises, “the old-time way.” She was also known for her “Baked Macaroni and Cheese”. When dinners were served at the church, people have been known to wait for her macaroni and cheese.

Ruthie met and married the love of her life, Lonnie L. Lloyd, Sr. on June 3, 1995. With this marriage, she gained a son and daughter, Lonnie Lloyd, Jr., and LaTasha Clemens.

In 2013, Lonnie was called into the ministry and is now the Pastor of Waterloo Baptist Church, Warrenton, VA, making her the 1st Lady of Waterloo.

Her favorite television shows were: The Andy Griffith Show, Leave It To Beaver, HGTV - Home Design, Decorating and Renovation, and most of all The Young and The Restless.

She was preceded in death by her parents: James, and Lee Peterson; two sisters: Shirley A. Thorne and Dorothy E. Peterson; and one brother, James. W. Peterson, II.

To send flowers to the family or plant a tree in memory of Ruth Marie Lloyd, please visit our floral store. 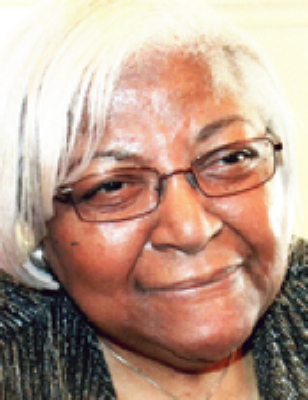