Plant a tree in memory of Percy
An environmentally-friendly option 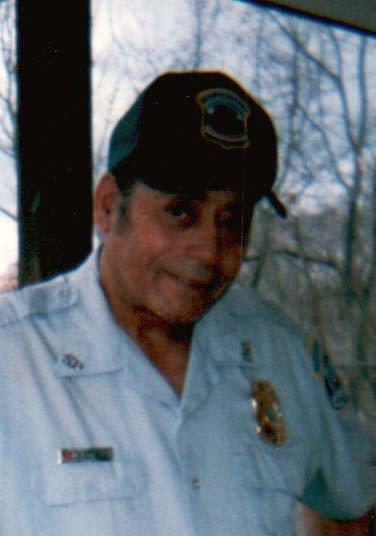 Percy Sylvester Wines was born to the late Harry and Amanda V. Wines on March 29, 1937.  After an extended illness, Percy peacefully departed this life in the early morning hours of March 13, 2021, at the Mt. Vernon Hospital in Alexandria, Virginia.

Percy received his education in Fauquier County.  He was employed by the Federal D.C. Government as a Special Policeman at the MLK building for 30 plus years, until his retirement there. He later acquired a second job as a custodian at New Carrollton, Maryland and he retired from there in 2018.

Percy was formerly married to Gloria (Reid) Wines and from their union was born two sons: Lamont “Monty” Wines and Carlos Wines who preceded him in death.

Percy accepted Christ at a young age at the Mt. Nebo Baptist Church in Marshall (Morgantown), Virginia under the leadership of the late Rev. Arthur Stuart; and he was baptized in the creek along with his brother, Howard and several of their cousins. In recent years, he frequently visited and fellowshipped with the Salem Baptist Church in Marshall, Virginia (his mother’s home church).

On September 24, 2005, Percy married Katy Jackson Lewis and from this union he gained two stepdaughters: Gloria Jefferson and Jennifer Lewis.

Percy lived a quiet life and he had a quiet demeanor. However, he could dominate a conversation in which he was fully engaged. Aged in years, but young at heart, he loved talking about his motorcycles, his cars, and his appreciation for younger hipper music and contemporary styles. His signature look was his pony tail.  He loved his family and often showed it through his generosity and willingness to lend a helping hand whenever asked.

Due to the current attendance restrictions, funeral services will be private

Plant a tree in memory of Percy by clicking here.
To send flowers to Percy's family, please visit our floral store.

Plant a tree in memory of Percy
An environmentally-friendly option

Plant a tree in memory of Percy

1 tree planted in memory of Percy

May you find comfort from the Lord. Blessings on behalf of my mother Betty S. Anderson and family

Percy was a kind, considerate person. He will be greatly missed.

Plant a tree in memory of Percy