Share a memory
Obituary & Services
Tribute Wall
Read more about the life story of Howard and share your memory.

Howard Leroy Latimer “Boo” was born June 28, 1944, in Rectortown, VA at the home of his great-grandparents Walter and Annie Stewart.  Howard departed this life on January 13, 2023.  Howard was preceded in death by his parents: Robert and Annie Bell Latimer; his wife, Bonnie Latimer; his son, Floyd Norman Latimer “Yogi”; and his sisters: Wendy Stribling (Richard), Jean Peterbark and Dorothy Suggs.

Boo was baptized by the late Rev. G.W. Richardson on May 22, 1955. He attended Sunday School, the Baptist Training Union and was a member of the Youth Department and the Junior Choir.  Boo received his education in Virginia where he attended Rectortown School #12 and later attended William C. Taylor High School in Warrenton, VA, where he played football and played the saxophone as a member of the band and the Swinging Knights.

After High School, Boo married the late Susie E. Champ and joined the U.S. Navy.  After his discharge from the U.S. Navy, Boo went to work for Webber Tire Company where he worked along side his father.  Boo was employed with Fairfax County until his retirement in 2006.  As a member of Mount Olive Baptist Church, he was nominated as Trustee on June 21, 2014.  He served as a dedicated Trustee, Usher, original member of the Media Ministry.  He served on one of the Pulpit Committees and performed the Postal Service for Mount Olive for years.

Boo loved tinkering on cars, driving fast, and listening to good music.  He could fix anything.  He never missed a Skins game.  He had a particular fondness for country ham sandwiches, all things sweet especially ice cream and ginger snaps.  His motto was ‘Cake for breakfast was okay because it had eggs in it.’  When asked if he could do something, he would quickly reply “A piece of cake.”

Interment will be in Latimer-Stewart Cemetery, Rectortown, VA.

To send flowers to the family or plant a tree in memory of Howard Leroy Latimer, please visit our floral store. 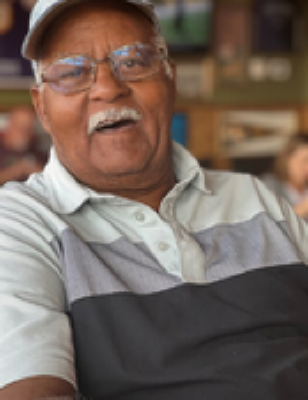