Share a memory
Obituary & Services
Tribute Wall
Read more about the life story of Ellsworth and share your memory.

Dr. Ellsworth Weaver, Sr., a Christian, a Virginia Class “A” licensed building contractor, an actor, a musician/choir director, and educator, was born in Fauquier County, Virginia, during the 20th century. He was the older of two siblings born to Hazel F. and Ellsworth D. Weaver.  He was a Bible Study teacher, an ordained deacon, musician for the Combined Choir at the St. James Baptist Church, and musician for the Tidewater Ministers, Deacons, and Christians Union Chorus.

Dr. Weaver was an alumnus of Taylor High School and Hampton Institute (now Hampton University). He had both a Master’s Degree and an earned Doctorate’s Degree in Theology from Carolina University of Theology.  He also held a Master’s Degree in Business Administration and a Bachelor of Science Degree in Management from California Coast University.  Dr. Weaver held a Bachelor of Arts Degree in Management from National-Louis University, a Certificate of Graduation in Ministry from Virginia Seminary and College (now Virginia University at  Lynchburg), and a Certificate of Graduation in Building Construction Technology  from Wentworth Institute of Technology in Boston, MA.

Dr. Weaver was involved in many civic and religious organizations. At his death, he was serving as President of the Fauquier County Chapter of the NAACP, and President of the Northern Virginia Sunday School and BTU Convention.  In the Northern Virginia Baptist Association, he was a member of the Commission on Education, a member of the Executive Board, and President of the Men’s Ministry. He was an Adjunct Professor at J. Sargeant Reynolds Community College and was the founder and senior lecturer for Education and Training Services. Dr. Weaver was the co-organizer and musical director of the River Bank Choir. They performed at venues in Fauquier, Culpeper, and Rappahannock Counties, as well as James Madison’s home at Montpelier, and the Afro American Historical Museum in The Plains., Virginia.  He was an actor and singer performing in many plays written by the late Reverend Lemiel Montgomery.  The plays were performed at the AAHA Museum in The Plains as a fundraiser.  He was a member of the MLK Community Choir, a past Moderator of the Tidewater Ministers, Deacons, and Christians Union, a technology instructor in the Fauquier County School System, and a Communication Skills Instructor at The Evans-Smith Leadership School of Virginia Union University. He worked on three overseas construction projects - two in Riyadh, Saudi Arabia and one in Banjul, Gambia  (West Africa) and was a former member of the International Technology Education  Association.

In 2007, Dr. Weaver, a person of resilient character and unlimited inspiration, married his love and very best friend, Taryn A. Williams. She was a very  powerful element in his daily existence and his walk with God. He  resided in Bealeton, Virginia, with her and share their dog, “Lady Bug."

To send flowers to the family or plant a tree in memory of Ellsworth L.B. Weaver, Sr., please visit our floral store. 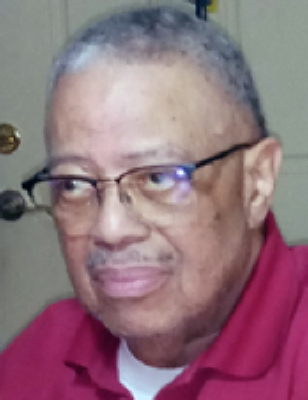